Mistakes Every Couple Makes When They Travel Together 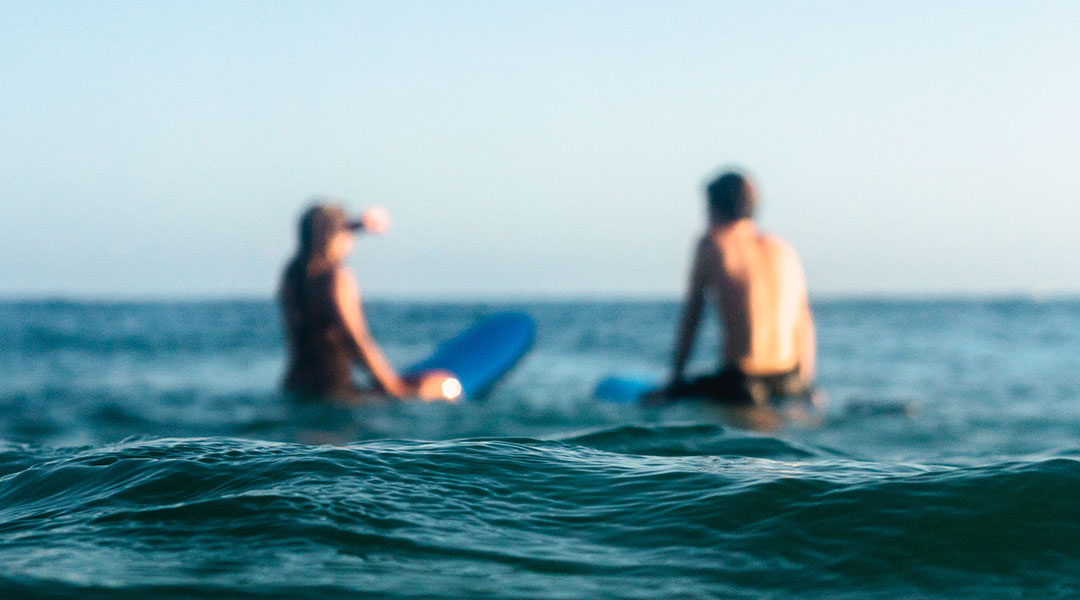 Scroll through Instagram and get a load of all the traveling couples: mugging for selfies, star-jumping on piers, and cheers-ing over sickeningly romantic sunsets. If you’ve ever taken a trip with a significant other, you know this is, at best, far more rose-colored than real life on the road with bae, and not just because of the Amaro filter. Truth is, traveling together is hard, and comes with as many pitfalls as it does perks.

These are the mistakes to avoid when you go abroad with a partner, so you can travel the world together and not only live to tell the tale, but do so without bickering too much between sentences.

Doing the deed all wrong 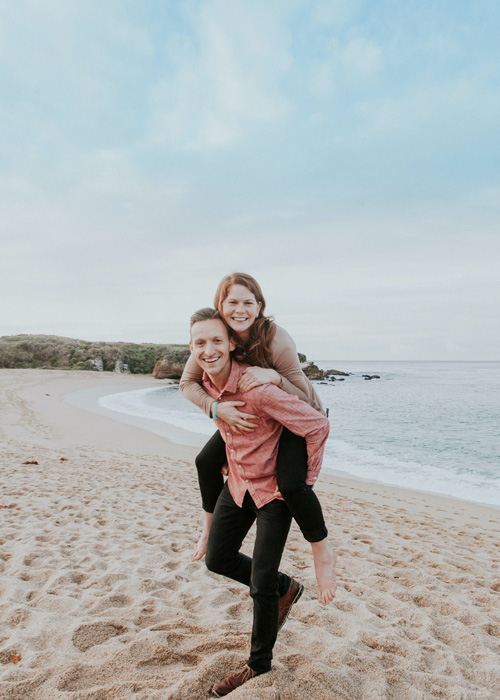 Sex is usually pretty high up the to-do list on a couples getaway, so make sure you’ve got everything you need to start your trip with a (*ahem*) bang. In many countries, you won’t have as easy access to birth control as you do back home — and even if you can find a pharmacy, good luck trying to mime out “prophylactic” in the local dialect.

So now you’ve got the kit, but don’t drop trou just anywhere simply because you’re on an exotic vacation. Make sure you’re on top of the local laws, as well as each other — in some countries, the authorities don’t look kindly on PDA. Get a little too affectionate on a Dubai beach for example, and you might get handcuffed and locked up in jail for the night (and not in the fun way).

A dirty weekend in a tiny hotel room sounds romantic, but it’s actually a pretty intense breakdown of boundaries — especially for a new couple. For the first time, you’re basically obliged to spend 24 hours a day in each other’s company, and you’re finally going to find out if your partner does, indeed, poop like everyone else.

It’s tempting to book the cheapest room, but it’s worth shelling out for a bigger option just to ease yourself into sharing personal space. Go ahead and book a suite or a room with a balcony so you’ve got somewhere to get some fresh air, when the time comes. 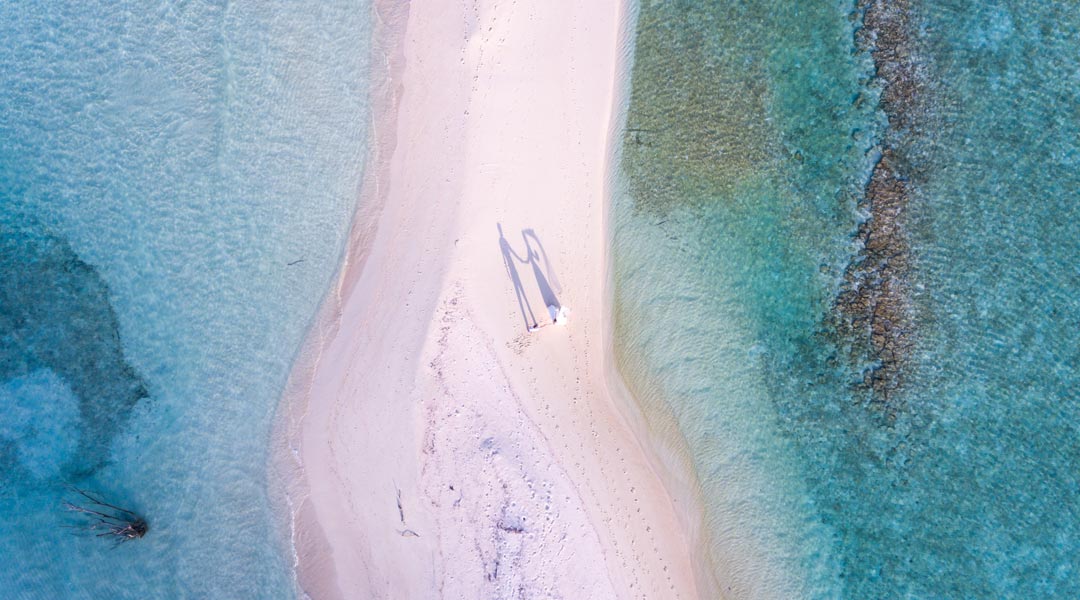 Falling prey to scams and ripoffs

Walking around with your hands in each other’s pockets sure looks cute, but it screams “easy target” to people who make a living out of ripping off tourists. Before you can say “Nah, Nah, Nah thanks, NAH,” you’ll be propositioned for average-at-best caricatures, $20 single roses, and upgrades to fancier cars at the rental place. You might feel awkward like you’re obliged to stump up cash or look like a cheapskate in front of your beau. But that’s how these people want you to feel. The truth is, if your partner is halfway worth holding onto, they’ll be a lot more impressed if you politely tell the scammers to move along, sharpish. And have a conversation ahead of time about how you plan to handle any sudden big-ticket expenses. 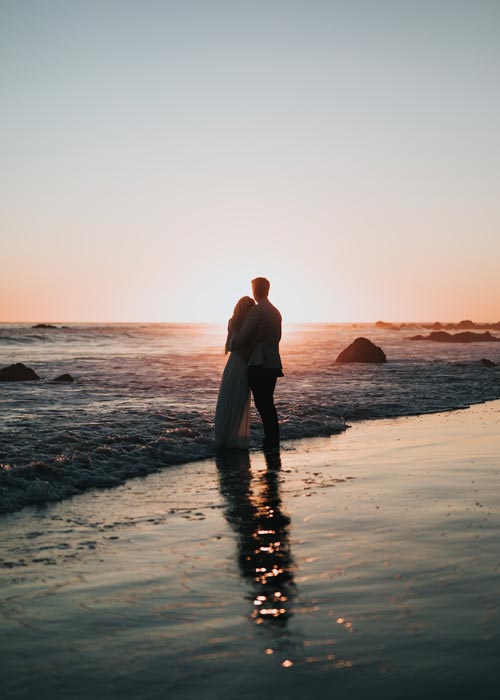 There’s nothing quite like a $50,000 hospital bill to sour a romantic trip. If you do get hurt abroad, it’s nice to have a spot of travel insurance, so your partner doesn’t have to play an absolute hero. Juliette Sivertsen, who writes the Snorkels to Snow blog, went exploring ancient burial caves in Fiji with her partner, John. “His first mistake was disturbing the hornets’ nest,” she recalls, “but then he tried to run away, and fell down a cliff, breaking his wrist and smashing the front of his leg on a rock. You could see the bone coming out — I’ve never heard a grown man howl and scream so loudly in my life.” Juliette’s top tip is “if in pain, get on a plane” — in their case, New Zealand was the best option.

Extra tip: Before you go, commit to memory all your other half’s vital statistics — birth date, medications, allergies, blood type, health insurer and so on. And make sure you’ve got a contact number for their family too, in case of hornet nest incidents. 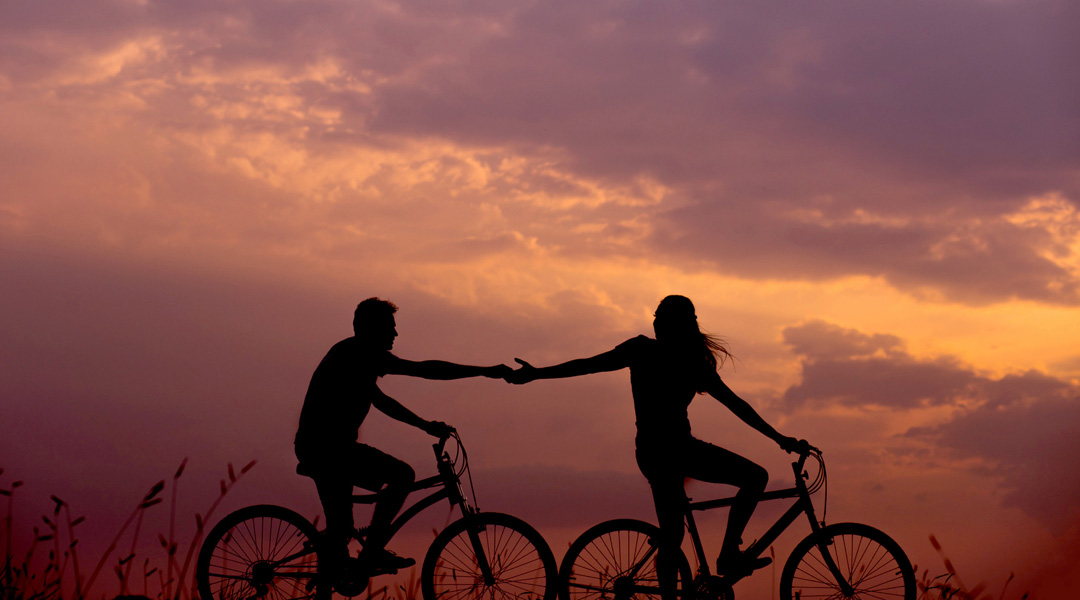 Spending every single waking moment together

No matter how much you wuv your partner, don’t spend 24 hours in their face — you’ll get sick of it eventually, probably about 23 hours after your partner does. Jarryd and Alesha, who have been traveling together for nine years under the joint pen name Nomadasaurus, suggest that couples schedule that time apart. “Go for a solo hike, head to the shops on your own, hit up different bars one night,” they say. “Not only will you get a break from each other, you’ll also have something new to talk about.” 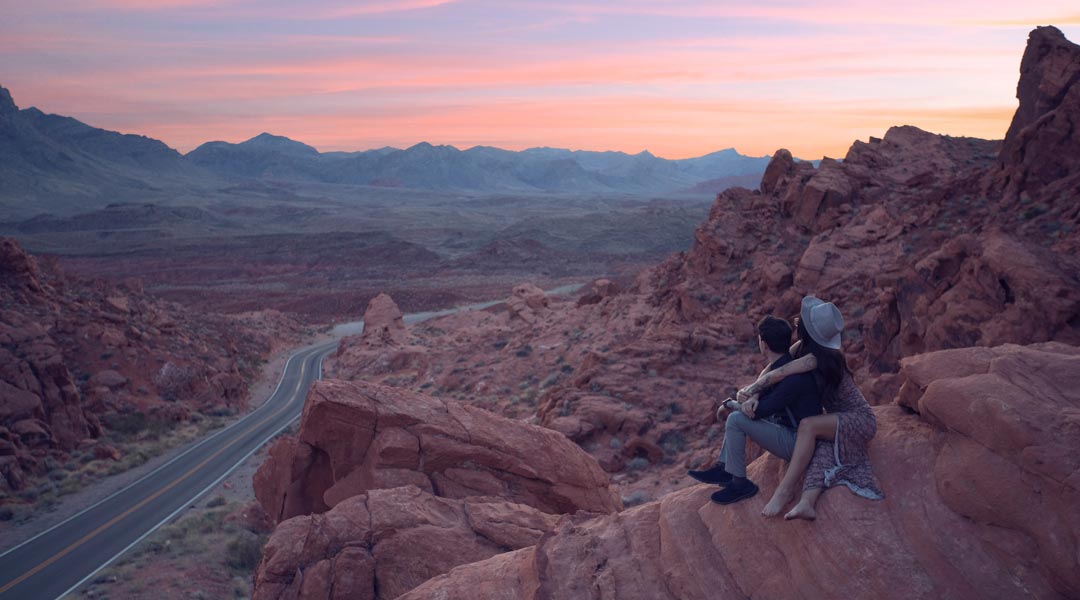 Sharing is one of the best and worst bits of a relationship. There’s nothing more infuriating than ordering a prime steak and then having your partner ask for half of it in exchange for some of their soggy mushroom frittata. But there are bonuses, too. Don’t stuff two sets of boring essentials (sunscreen, toothpaste, shower gel, etc.) in your already-too-heavy backpacks. Pack together, do a pre-trip shop together, or even agree to share some clothes to cut down on luggage. 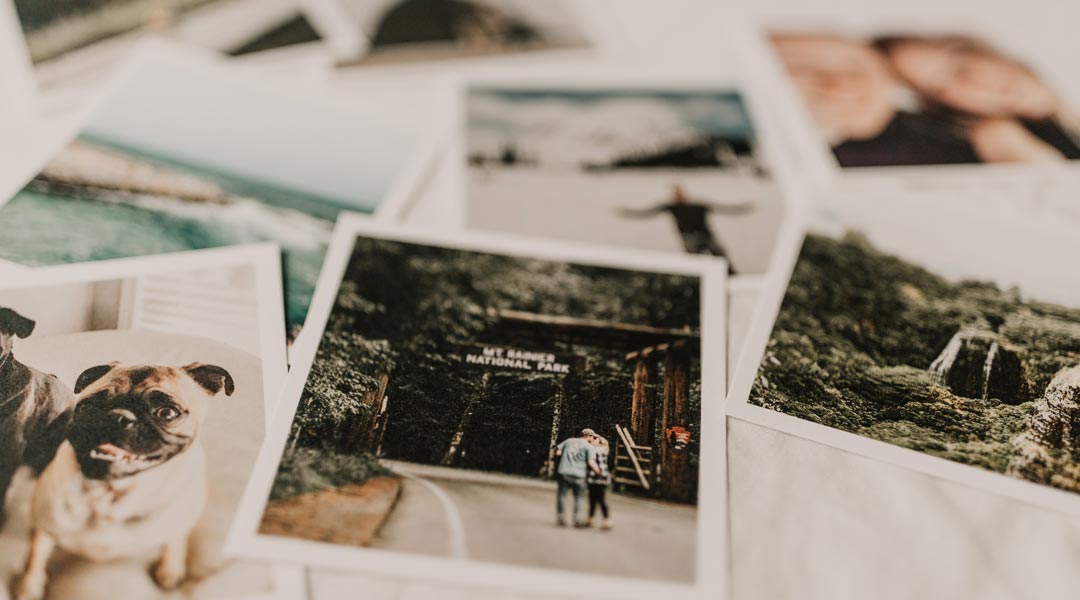 Oversharing with the rest of us

By all means, post the heck out of that couples selfie at the Eiffel Tower — just be conscientious of your partner, who might start feeling like they’re on a trip with your followers instead of you. There’s a vast difference between being an obnoxiously happy couple and just playing one on Instagram. Lest you spend the better half of your trip staring at your screens instead of each other, make an effort to stow your phones and, I don’t know, talk or something. 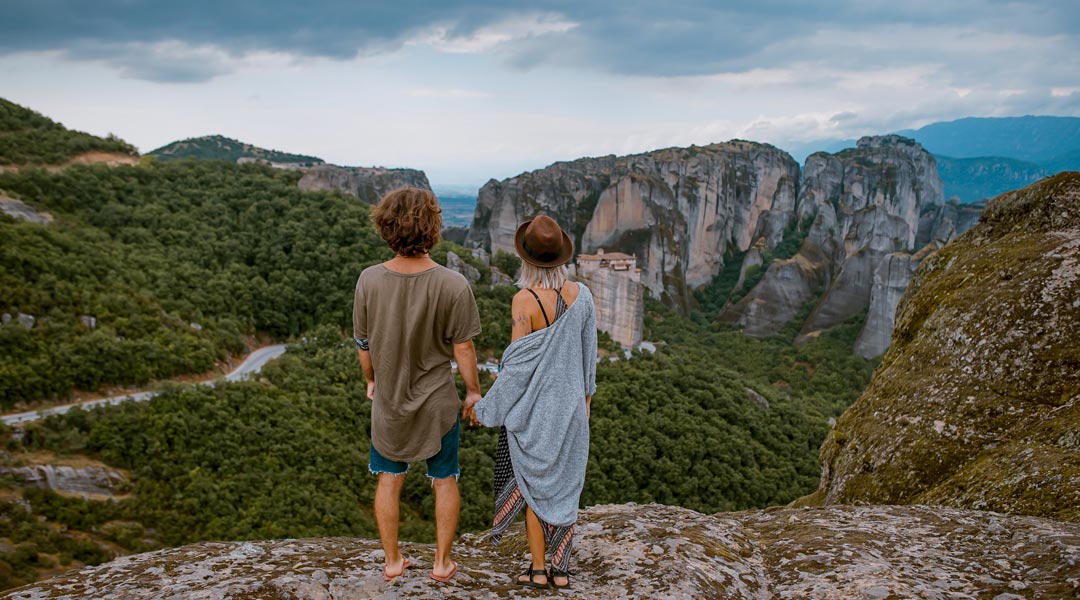 Freaking out over the little things

All you need is love. And passports. And money. But everything else is pretty much non-essential, so don’t throw a hissy fit if you forget to pack your fourth-favorite sweater or leave your sister’s headphones on the plane. Frank and Cathy from Roarloud say “We’ve forgotten loads of stuff on our travels, but there’s always a way to figure it out. In fact, it has become a running gag for us to say, ‘Did we forget anything?’ when we set out on a trip. The answer always is ‘Of course.’” Cue chuckles all around, until it turns out Frank’s forgotten Cathy’s birthday. 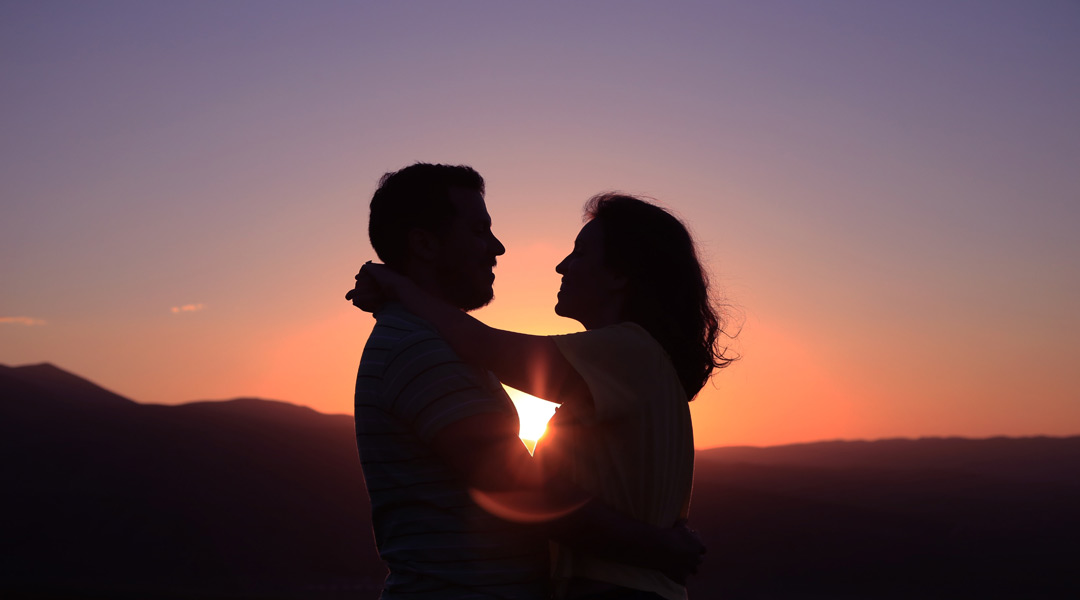 Cathy offers their surest rule: “Whenever you go off to do different things, arrange a time and place to meet back up — and stick to it.” It’s no use having phones if you hit a signal dead zone, and nothing will melt down a trip like it becoming a missed connection. Of course, if your partner is driving you nuts, this is also an excellent way of making sure they’re elsewhere while you scroll through Tinder.